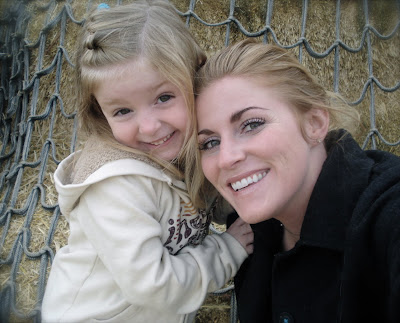 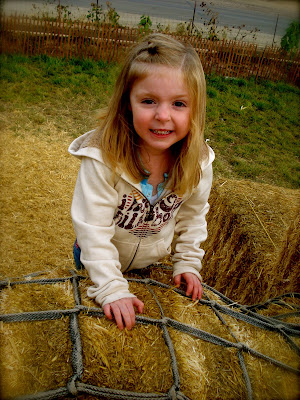 They had lots of slides that we played on repeatedly. No, honestly, I was all "slided" out for the day. Half the fun for Topaz was the climb. Isn't that always the case? 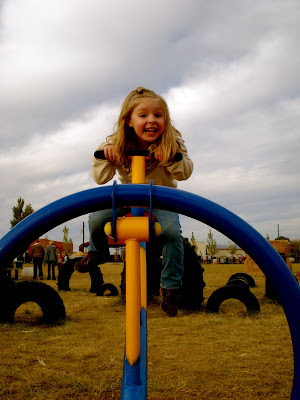 But I don't know why teeter-totters are so fun for kids when their parents sink the other end like a battleship! 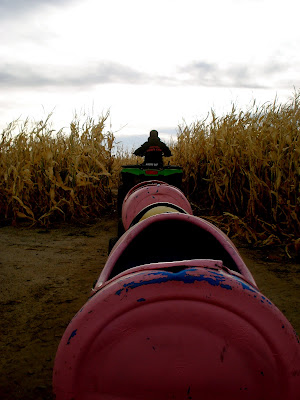 If you've never ridden around in an old spray-painted crate pulled by a 4wheeler, I highly recommend it. I'm sure we maxed out at 2 whopping miles per hour, but the bumpiness made up for lack of speed.


There I am, about to get lost in a maze of corn shaped like a Twilight character's face. In my opinion, that's a bit TOO creative... 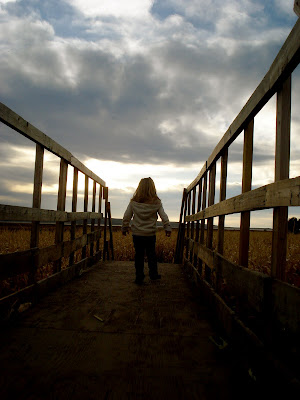 Luckily, Topaz saved the day---climbed on that bridge hovering over the golden sea of cornstalks and pointed us to the hot chocolate stand. Why didn't I think of that? 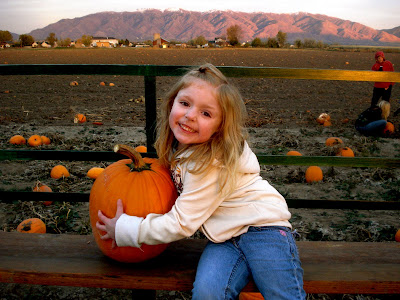 Later, we went on a hayride that stopped midfield so that everyone could pick out a pumpkin. Topie was pretty happy with her prize. 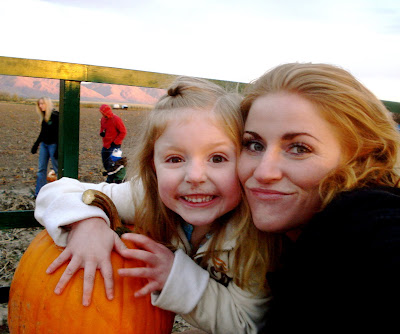 I suspect she was smirking a little at having drunk all MY hot chocolate too, as evidenced by that little mustache on her lips and not mine. 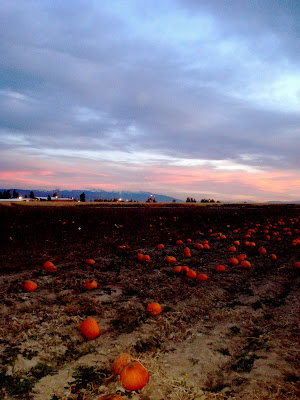 Finally, we rode back toward the parking lot. The cold air was filled with that autumny energy and the little pumpkins bobbing against a pink sky were unexpectedly serene. I'm so glad I take a camera with me everywhere I go!
Posted by Unknown at 11:02 PM 2 comments: